Bringing together some of the Real Roots friends & family to celebrate the start of the bank holiday weekend and London’s famous Notting Hill Carnival.

And all this with free entry before 11pm and only £5 after!

Selector since 1979 and leader of Trojan Sound System the official sound of Trojan Records. With international performances at some of the worlds best events and festivals, Earl is a master selector with a record collection second to none. Spreading the original message from Jamaica’s golden era of reggae music. Roots man selection without objection. Also one of the nicest and most humble gentlemen you’ll meet.

Starting off as the Reality Sound System in 1990 as the youth sound of Entebbe Sound System. Formed as artists in 2015 originally a quartet now a duo made up of Selecta Gold and El Indio. These guys are the hottest vocalists on the UK roots scene, having collaborations with producers like Conscious Sounds, Kibir La Amalak, Melody Muzik, Alpha Steppa, Roots Hitek, Indica Dubs, Tuff Scout, Foundation Sound, Roots Youths to name but a few! Check out their own label too! One of our favourite tunes and Channel One Sound System’s was “Naturally” on the brilliant Amoul Bayi Records.

One of the best UK Roots labels and producer since 2010. Indica has worked closely with Dougie Conscious also vocalists, producers, like iDavid, Dan I Locks, Alpha & Omega, Chazbo, Shiloh Ites, Echo Roots, Dawa Hi-Fi and his latest huge tune entitled “Let Jah” by Earl Sixteen. Indica is in huge demand not only as a label and producer but the world has been crying out for his skills as a top selector. Judy Greens “Talk To Me” is a highly sort after piece of his work, championed on dubplate as are nearly all of his releases by the mighty Channel One Sound System.

Also joining us for this very special event are our good friends and some of the best selectors on the roots reggae scene in London; Sicilian born STEREOCHEMIST (Stereo Ites/Sberz Rasta Radio), event organisers and fine DJs DUBTASTIC made up of Nicole Finnerty & Bill Reaction (Flex FM), finally AMBASSADOR (Da Vinci Sound/Evolution Of Dub/Kane FM).

“History teaches us that unity is strength, and cautions us to submerge and overcome our differences in the quest for common goals, to strive, with all our combined strength, for the path to true African brotherhood and unity.” 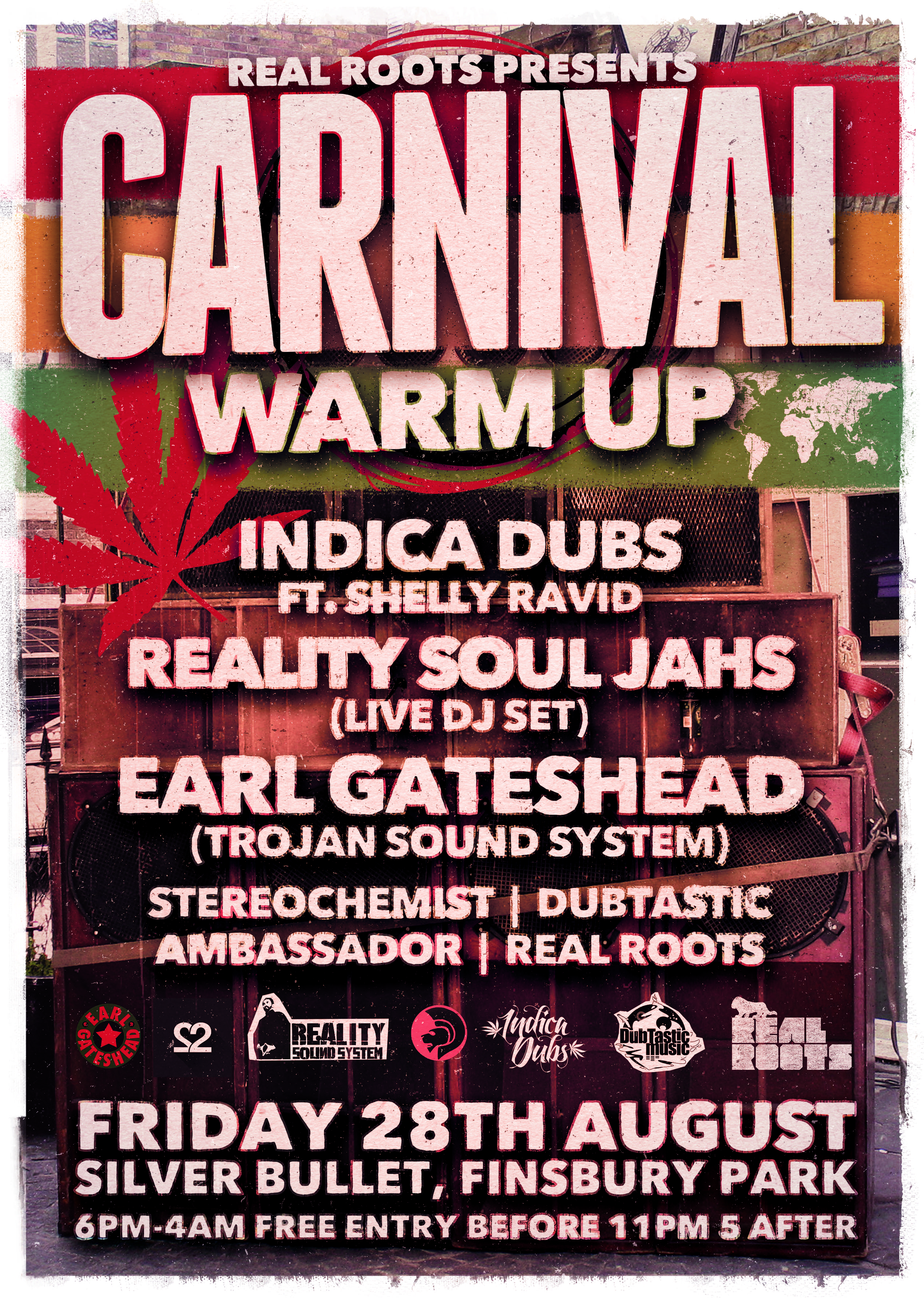