“Fri Sept 30 • Wah Wah 45s proudly present the first of a series of events at the wonderful Bussey Building in Peckham, South London, each one curated to focus on a specific musical side of the label. So over the coming months expect Afrobeat, funk, soul and electronica angled events brought to you in the imprint’s unique house style.

First up, to coincide with the release of their hugely anticipated third album, “Imaginary People”, Resonators – the band described as making “British reggae at its best” by none other than David Rodigan – will bringing their incredible live show to The Bussey Building.

They’ll be joined by the legendary Prince Fatty and MC/vocalist Horseman who’ll be rocking the crowd late into the night with their unstoppable brand of foot friendly reggae and beats.

With added support from London’s finest dub specialists, Real Roots featuring RAMON JUDAH, as well as your favourite Wah Wah 45s DJs, this is going to be a session not to be missed!

Early bird tickets are available now via Resident Advisor for just £6 until the end of August, so why not grab yours now!” 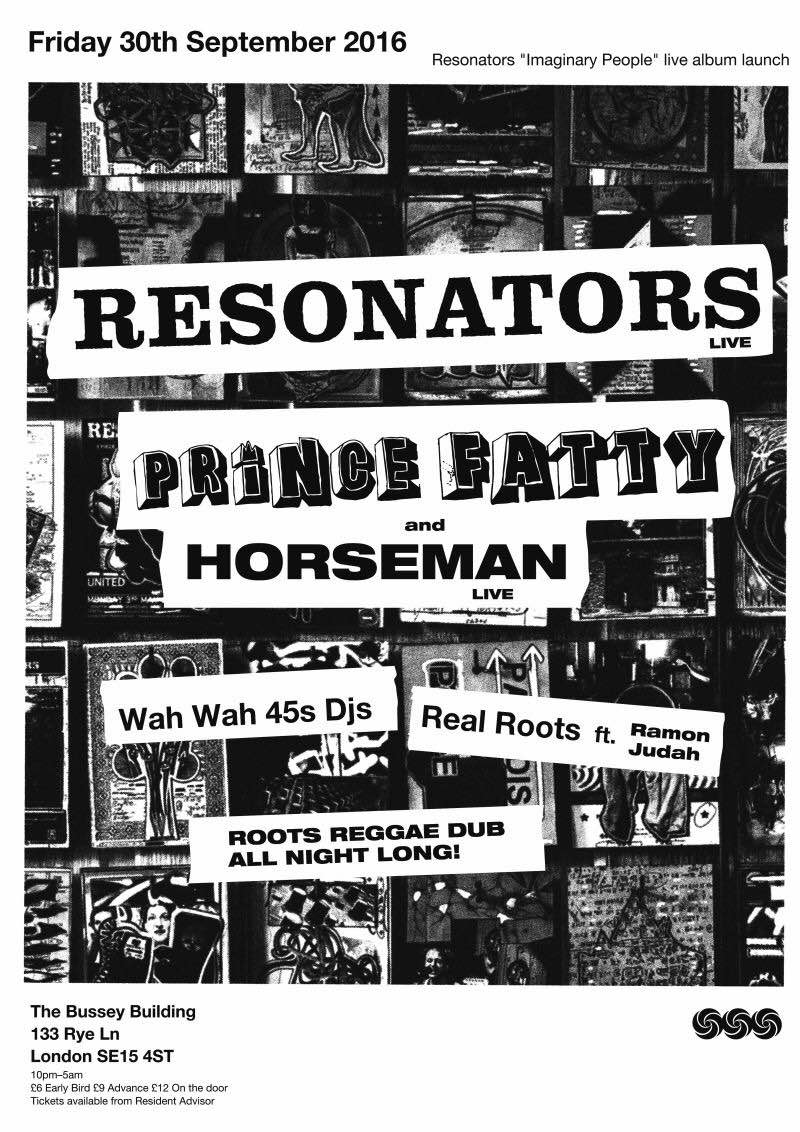