‘Powered by Channel One’ – Our bi-monthly throw down with Channel One and their legendary sound system is back at Jamm after their special show with the Twinkle Brothers on Carnival weekend. This time they bring with them a crew of bass music OGs in OM Unit and Deep Heads with Synkro to test those bass bins and keep you moving all night.
—
Line-up:

OM Unit is an artist who has covered a huge amount of ground musically, but has always been pushing new and interesting sounds in whatever area he turns his hand to – jungle, footwork, drum & bass, hip hop, dubstep and all manner of bass music. He’s an incredible DJ and producer who’s released on labels like Civil Music, Metalheadz & All City Records as well as his own imprint Cosmic Bridge and DJ’ed all over the globe, and he’s sure to bring it on the Channel One system.

Known for his elaborate soundscapes, crisp and immaculate drums, floaty vocals and deep sub bass Synkro is one of the true heavyweights of UK bass music. He’s released on Exit Records, Brownswood and a whole lot more as well as produced remixes for some huge names including Model 500 and Snow Patrol – his influence in the scene can’t be underestimated and we’re excited to have him with us!

Strictly over 18s only, ID required for entry. 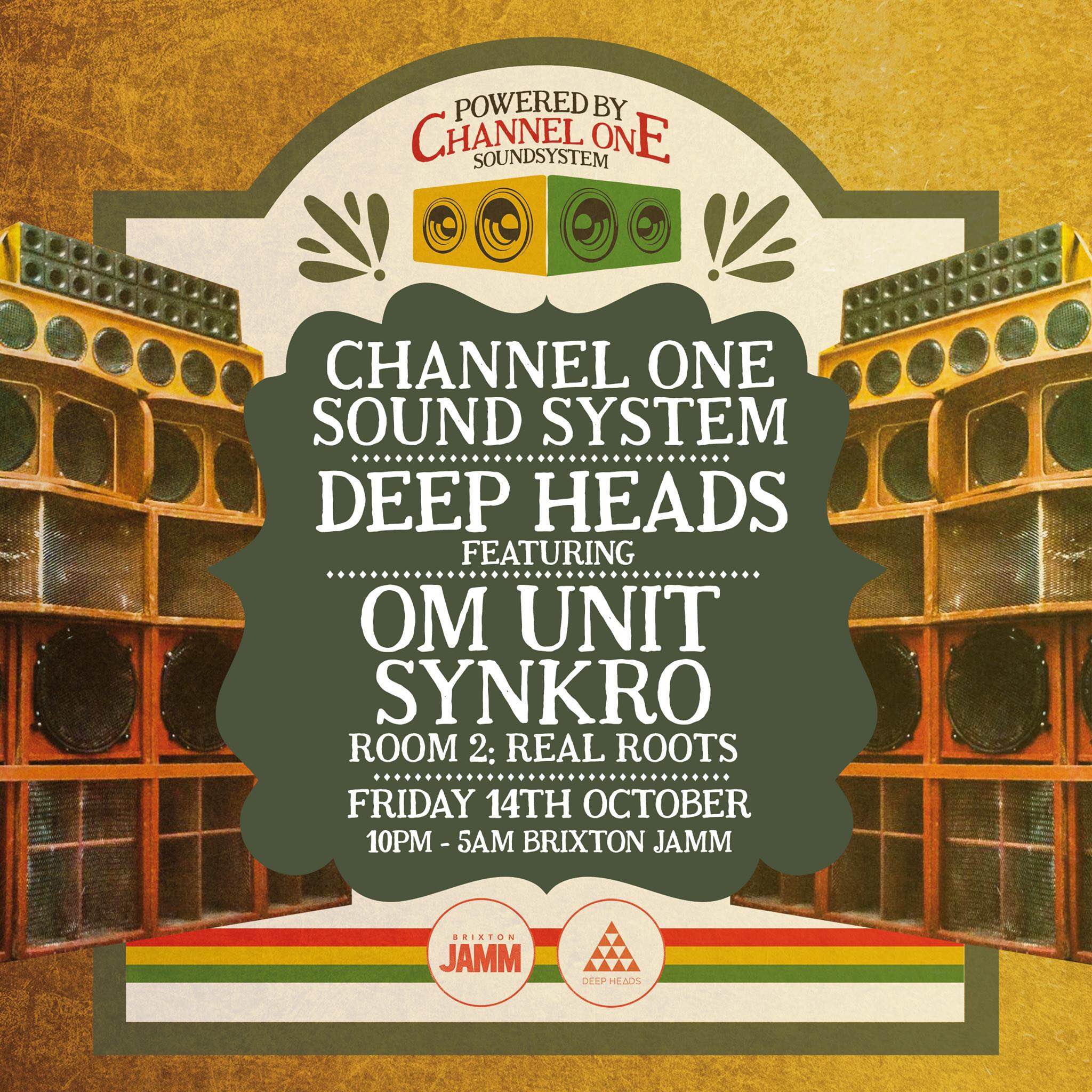