Earl Gateshead
and leader of Trojan Sound System, the official sound of Trojan Records. Since its creation in 1968, Trojan Records has led the way in presenting the very best in classic Jamaican sounds. The labels releases have featured the cream of Jamaican talent, with the likes of Bob Marley & The Wailers, Dennis Brown, John Holt, Ken Boothe, Toots & The Maytals and The Inner Circle all included on its illustrious roster.

Earl began DJing in 1979 when he played reggae records between punk bands in Brixton and was heavily influenced by the Trojan releases of the time. Today Earl Gateshead and Trojan Sound System tour the globe playing records from the extensive Trojan catalogue, spreading the original message from Jamaica’s golden era of Reggae music. Recent shows include Glastonbury, Bestival & Rototom festival and club events at London’s biggest venue; Fabric (he was the first ever reggae DJ to play there). This summer sees him playing his second year running at Space in Ibiza.

Earls career began in the late 70s, when in the Spirit of the times he built his own Sound System and installed it at the world famous Dive Bar in Soho, where he established a respected reputation throughout London. Earl completed a 20 year residency at The Dive Bar, which was sadly bought to an end in 2002 when the venue was closed. Throughout the later part of his Dive Bar years Earl became the Saturday night resident at clubs such as the internationally acclaimed Blue Note and later Fabric, where he became their resident Roots Reggae specialist.
n to organise and perform at a series of events called “Reggae Nights”. This legendary series of concerts received world wide attention, with performances from international legends such as; Alton Ellis, Dennis Alcapone, Adrian Sherwood and Saxon Sound System. This run of great success gave Earl a huge boost in profile, which lead him to be one of the most sought after DJs in the country and in high demand from international Reggae artists. He then went on to tour Europe and Australasia with Big Youth, Dr Alimantado and Cutty Ranks amongst others.

With such a distinguished career and fantastic attitude Earl has become a figurehead in UK Reggae and in 2002 he was invited to give a lecture at the prestigious Red Bull Music Academy in Sao Paulo. Earl gave a comprehensive lecture on Reggae DJing and recorded a radio show for Red Bull, which can both be found by clicking HERE.
a monthly event in London called “Rootikal” at the East Village Club alongside his co-resident and long term friend David Rodigan.

Bukkha
the American city Lafayette in Lousiana, really is a force to be reckoned with: this young musician has been focusing on making music ever since he could remember. He quickly mastered the guitar and turned into being a dub producer thanks to his important influencers ranging from the likes of Scientist to Luke Vibert and Madlib to Billie Holiday. Having started dub programming back in ‘07, Evert Cristoff’s dedication to music goes both way back and beyond in time. In his first year of producing, the young musician earned a stripe by the signing of his inaugural 12” release on the acclaimed Dubbed Out, which was blessed by a Radikal Guru remix on the flip. After this positive vibration, Bukkha has been handed the enlightening opportunity to remix the respected producers Roommate, Radikal Guru, Tuff & Powa, Danny Scrilla and Jojo Mac to name a few. Through this, he has tightly represented the Gulf Coast dub / bass scene until 2015 – and now started a new chapter by residing in the sun of Spain. Continuing with an ever-growing list of consistent releases on Moonshine, Dubs Alive, Airtight and King Dubbist, the American producer is gearing up for another bright year in dub. With forthcoming bits and pieces on Moonshine and DubStuy, including collaborations with Madplate Sound, Junior Dread, DTR & Blind Prophet, Bukkha is ready to take his interpretation of dub across the Seven Seas! 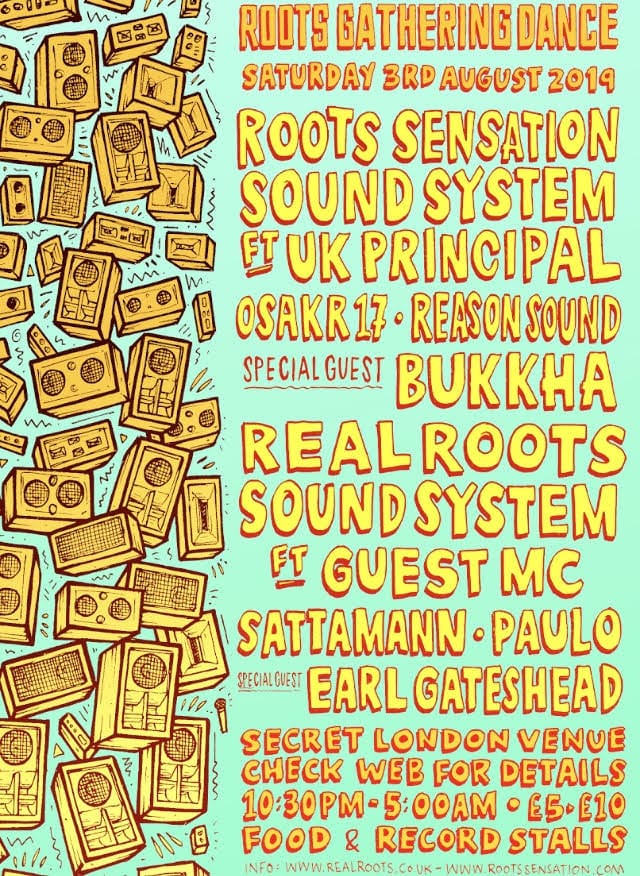