VIBRONICS FEAT MADU MESSANGER
Vibronics, the future sound of dub, have been vibrating the world with bass since 1995. Their music is at the forefront of the UK Dub scene, proven by over 40 releases on their own legendary SCOOPS label as well as a host of albums, singles and remixes for a myriad of other labels such as Universal Egg, Jarring Effects, Dubhead and Jah Tubbys . In the studio they have worked with Zion Train, Iration Steppas, Macka B, Ranking Joe, Brain Damage, High Tone, Big Youth and an almost endless list of dub & reggae luminaries. Wether dub-mixing live on stage, rocking the clubs or uplifting the festivals, Vibronics continue to perform tirelessly across Europe as well as in Asia, Central America and the Caribbean.
WWW.VIBRONICS.CO.UK
WWW.VIBRONICS.BANDCAMP.COM
WWW.FACEBOOK.COM/Vibronics-16183313401/

ROOTS SENSATION
Roots Sensation is a producer and dj who started his adventure in music around 2001.
His dj sets range from deep rare roots, dub, to heavy electrodub psydub and steppas characterised by the unique use of echos, delays pedals effects and siren among his positive and spiritual message on the microphone.
Carrying a varieties of crispy dubplates and featured productions, his selection is always a great experience full of positive vibes and a warm sound, with a special attention to the use of healing frequencies #432hz and #mantra.
In a every day research for roots rarities and new productions characterised by heavy bass line, stepping roots drums reef and inspiring spiritual lyrics.
After moving to the UK in 2010 he started to become a regular name among the UK reggae scene working as a sound engineer recording vocals for songs and dubplates at his home studio.
Digging for old tunes to re-release, travelling to meet producers and make new connections and new productions in the name of freedom and love for this music culture.
Co-owner and co-founder of “Roots Traders” and “Digital Traders”. 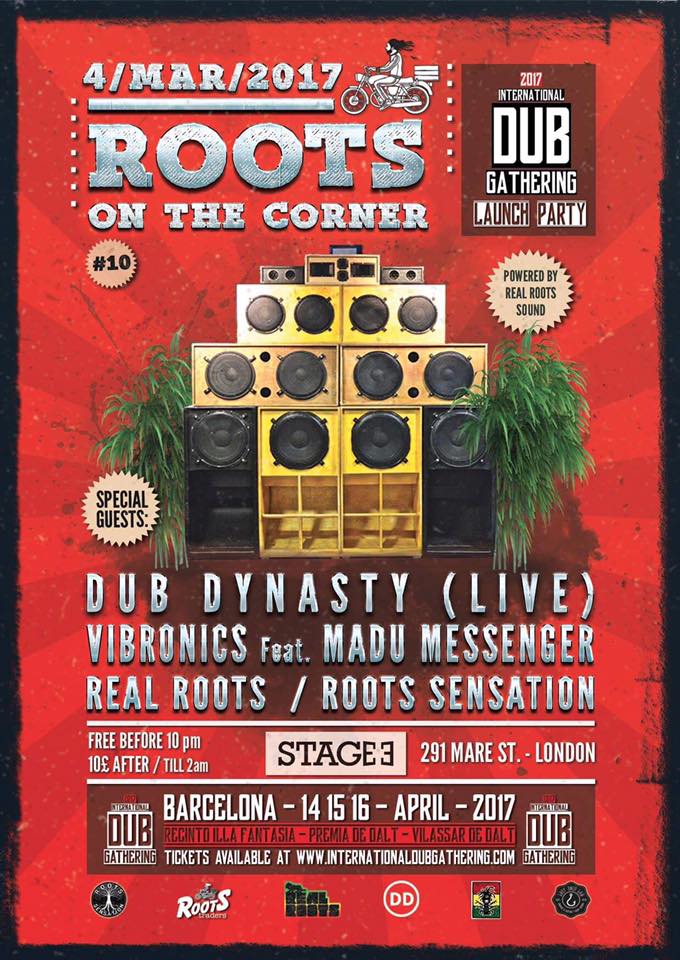