Boomtown Fair Chapter 11 7th – 11th August 2019 Matterley Estate, SO21 1H Winchester, HampshireQuite possibly the best festival on earth returns this August. Boomtown Chapter 11 is set, as every year, to be bigger and better than ever. This year there is a real emphasis by the organisers on the impact the festival has on the environment, which is great!

For people who haven’t been to Boomtown before it’s a rollercoaster ride of a festival set in the incredible hills of the South Downs in the Matterley Estate, near Winchester. There are endless stages, big ones and small ones, more than you’ll be able to get to in the time you have, so always more to explore. There are several magical wood stages reminiscent of the free-parties of the 90’s. But what stands out the most on all the stages and all the way throughout the festival is the thought, time and dedication that is put into not only the mind blowing set productions by extremely talented designers and craftsmen, with all their cut out buildings and temples lit up with lights, lasers, fire, but the amazing amount of theatrical extras that there are. You can’t help but to smile and be amazed if not overwhelmed at times. The crowd is great, all ages, always very calm and peaceful.  It is a good place to make friends with likeminded individuals. It is a great place to join in, dress up and free your mind.   The music line-up as you can see on paper is second to none. Boomtown festival will entice you in to sounds you never thought you’d be listening and dancing to but the magnetic power of this brilliant festival has a spell binding magic on all who attend.

Massive headliners this year include, Lauren Hill, Chronixx, Super Cat, UB40, The Streets, to name a few! See full posters below. Click on them to enlarge. 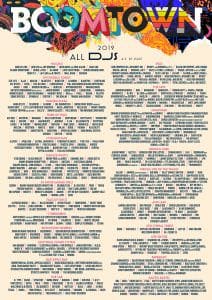 Last year saw Boomtown’s 10th year and an excellent documentary was produced not only showing the evolution of the festival and how it’s grown but also an insight into the organisers thoughts and how they feel very responsible for the impact their festival and the thousands of people who attend have on it’s environment.

BOOMTOWN’S MISSION: “It feels like the world has changed over the past 12 months and we’re waking up to the unbelievable and almost irreversible damage that humankind has had on the planet and every single species that inhabits this truly magnificent world of ours. We simply can not continue to consume in the way we currently are, and it’s all of our responsibility to act now and make significant changes to our lifestyles to ensure we come together to protect our world, our environment and our future for the next generations.

Our main priority for this year is to focus fully on what we can do within the festival and our audience reach, we have been completely rethinking the event in every aspect to radically reduce the impact. For 2019 and beyond, we are putting the imminent environmental crisis front and centre of our messaging and deep into the fabric of our event planning and infrastructure.”

The “Lion’s Den” stage hosts most of the live reggae acts:

Chronixx – “Who Knows” seems to be a theme tune for Boomtown! Jamaican musician Chronixx has ignited a torch in people’s hearts the world over and is confidently lighting the path for an entire generation of youths to rediscover roots and culture. Born Jamar Rolando McNaughton on October 10, 1992, Chronixx was musically nurtured from an early age by his father, dancehall artist Chronicle, and grew up surrounded by the likes of Burro Banton and Gregory Isaacs. His remarkable ascension in the music industry began in the background; harmonizing for artists such as Lutan Fyah and providing production assistance for tracks sung by Popcaan, Konshens and others. Today, Chronixx is a respected artist in his own right after his career was stimulated by the unfortunate passing of both his blood brother in 2007 and his brother-in-arms, Lil’ J.O.E., in 2010. The first EP, Hooked on Chronixx, was released in 2011 and immediately put the budding artist on the radar of music lovers and industry heads alike with ‘Start A Fyah,’ ‘Warrior’ and breakout single ‘Behind Curtain’ standing out as a fan favorites far beyond Jamaican shores. 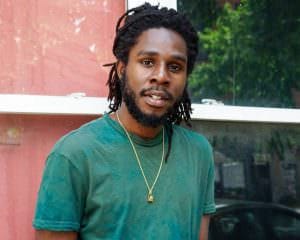 UB40 – UB40 featuring Ali Campbell and Astro, both founding members of the original UB40. Ali left the original band in 2008 siting business management issues and was vindicated when said managers were struck off. Ali was then reunited with Astro when he left in 2013. We were also playing with founding member Mickey Virtue until late 2018, when Mickey decided to leave the band after 40 years. We still continue to make new music and tour as the two original singers with our incredible 8 piece reggae band. The original line-up of UB40 with Ali and Astro enjoyed huge success over a period of almost thirty years from 1979 until 2008, including number one albums and multiple top ten gold and platinum selling albums and Grammy nominations, four number ones worldwide and a total of seventy million plus sales.

Alborosie – “Music knows no boundaries,” announced David Rodigan on Alborosie’s debut album. “Music is an international force, an international language. From Sicily to Kingston, Jamaica, this is Alborosie. Real, authentic reggae music.” Twelve years later and the Sicilian-born Alborosie headlines festivals around the world and has earned the respect of the entire reggae industry. A talented writer, producer and multi-instrumentalist who sings as well as deejays, he’s lived in Kingston for over a decade and is now a leading light of Jamaica’s resurgent music scene thanks to a series of widely acclaimed albums on Greensleeves. 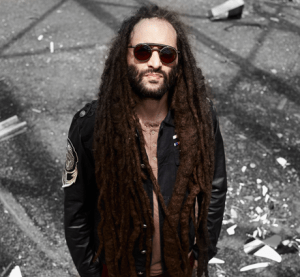 Super Cat – foundation legendary Jamaican deejay/singer  who achieved widespread popularity during the late 1980s and early 1990s dancehall movement. His nickname, “Wild Apache”, was given to him by his mentor Earl B. He is the elder brother of reggae artist Junior Cat and is considered one of the greatest deejays within the Jamaican dance-hall scene to date.

We caught up with Ras Kayleb outta Channel One Sound System, Earl Gateshead & Rompa all regular acts at Boomtown.

Earl Gateshead loves the festival, he said “Boomtown has the ROAR of the REAL” catch Earl in the Hidden Woods.

James Rompa Reggae Shack aka Daddy Nature can’t wait for this year’s Boomtown, “One of my all time favourite festivals”. Catch him along with with special guests legendary DJ Ardi in the Tangled Roots Stage.

Tangled Roots stage I have to say is our favourite DJ/Sound System stage. Powered this year by Lion Pulse & Qualitex Sound Systems combined. Great line up there too. Check poster below, click on it!. 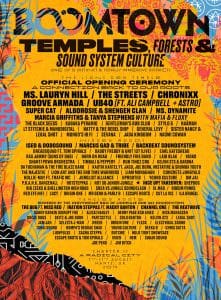 We can’t recommend Boomtown enough. You have to go to be part of it, so go!